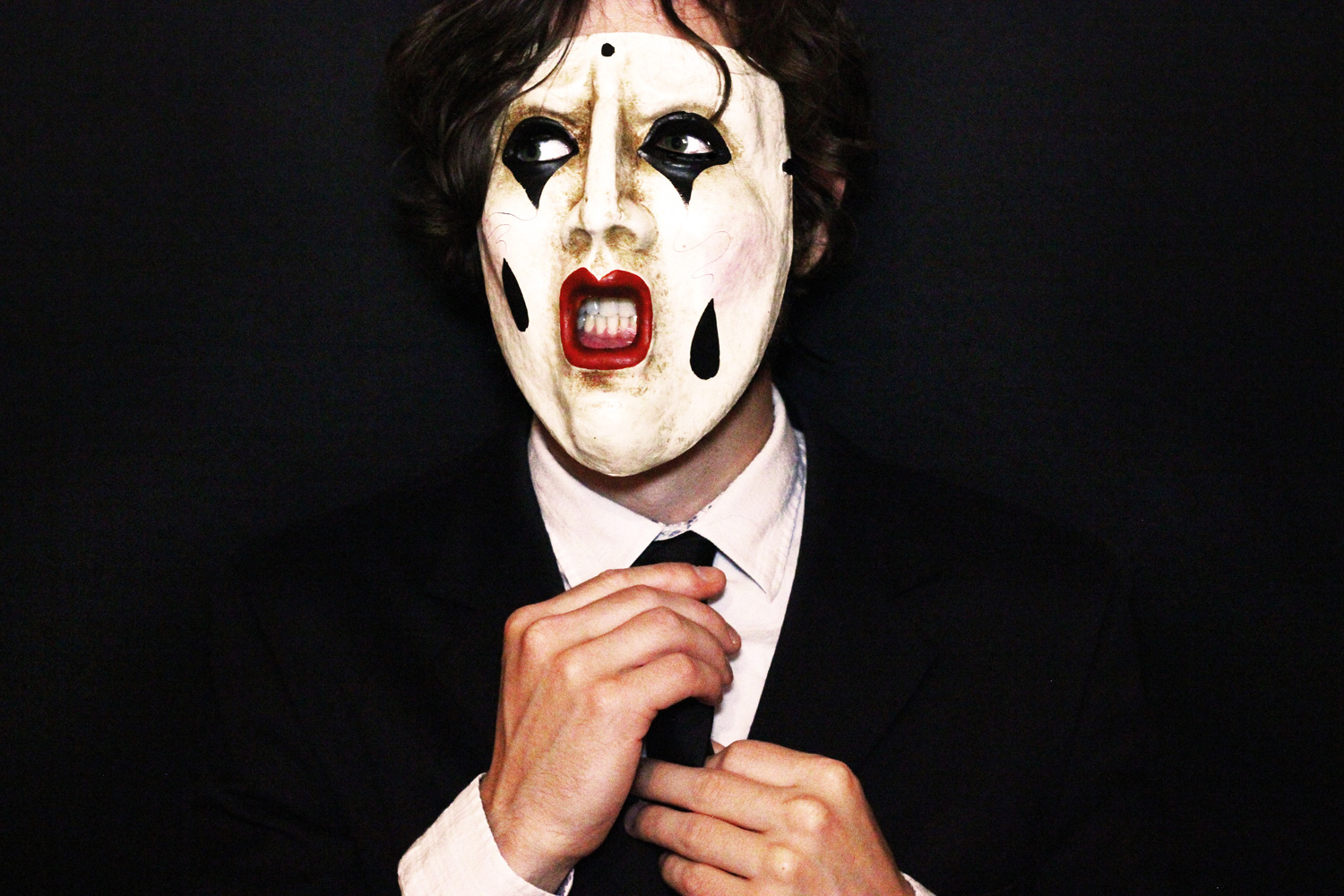 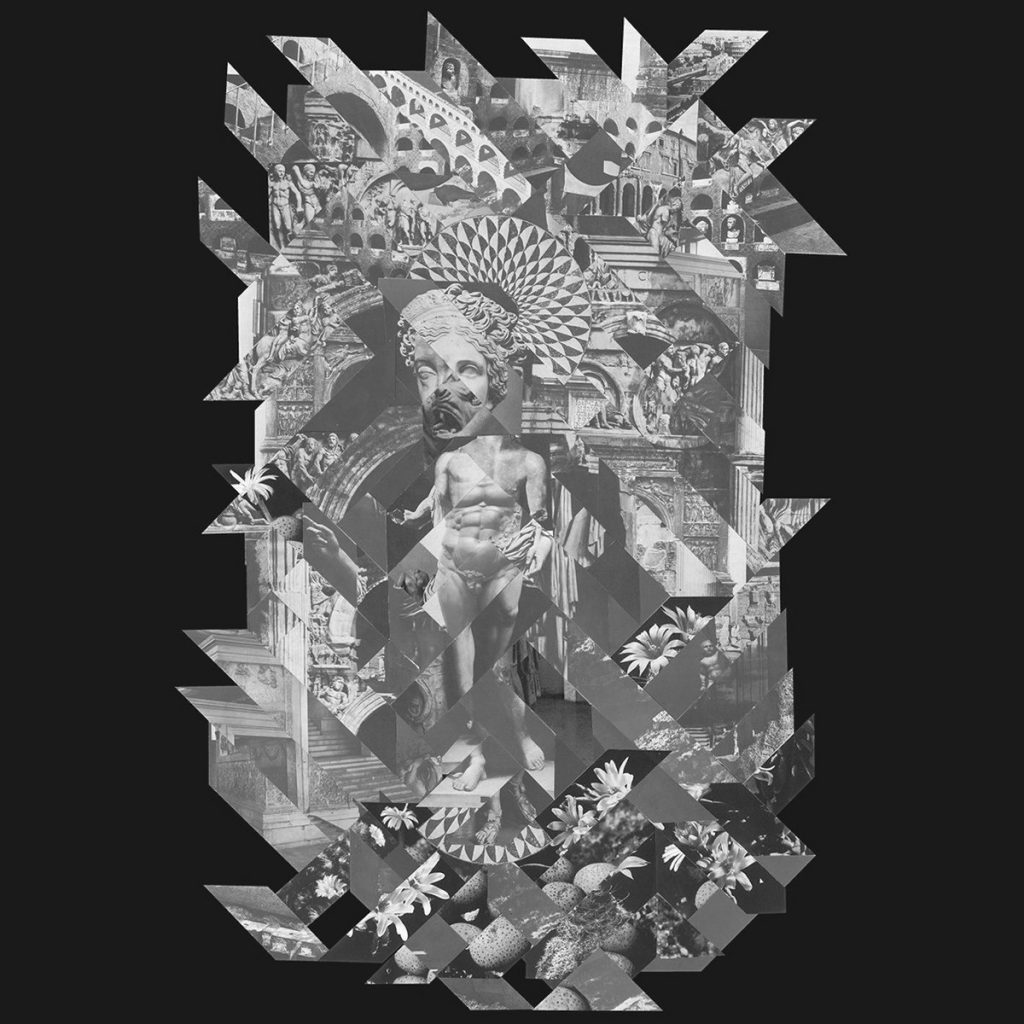 2016: Half a Million Hymnals/Heidegger's Gruel (audio)

“Man is least himself when he talks in his own person. Give him a mask, and he will tell you the truth.” – Oscar Wilde

Released late last year, these 43 minutes have been on my hit-list for a seemingly shameful number of months now. However, as with everything coming out of the Sonic Anhedonic Recording Company at the moment, I’m confident of its grade before the needle even finds the groove. Like a squirrel storing nuts for winter, or a poorly organised human being saving a brooding, melancholic cacophony for the height of summer (the tool), I’m covered. This group of musicians, in various guises, has been tearing my musical sweet spot apart like candy floss release over release, all composure and ease.

This is lifted from the press release, which is surface lazy of me, but it provides a necessary context:

The man behind the mask describes his music as the soundtrack to Sartre’s existential novel, Nausea. His alter ego developed as a means to hold on to, and explore through music, the taboo thoughts most people censor or twist into a more acceptable light through self-delusion. He wanted to create songs that contained no hope for redemption. The album captures the second of murderous anger at being cut up at the roundabout or being handed a half-full cappuccino. The shortfall of disappointment between the face you just saw in your dream and the face you just woke up to.

‘The man behind the mask’, a poignant lyricist with a penchant for the apt shade of distortion each time, has humbling previous to say the least, and it is with this in mind that I still must concede that this collection of recorded revelations, as his second self, VVV, are among his best to date.

There are moments on this LP that are just pure flawless. Listen to ‘A Cuntful of Wishes’. Just listen to it. Why am I welling up? Seriously, why the fuck are my tear ducts exposing me on this, the umpteenth play? Affirmation flooding my senses, coursing my veins, lining each gasping breath.

…while ‘The Unbearable Heaviness of Having’ is a Brand New track played through a Smokey amp encased in a hornets’ nest, see:

These passages of raw melody are punctuated by undiluted abrasion, a recurring, haunting piano trill, and Alan Watts extracts. C’est la vie. If these songs were kicking around when Chris Morris was compiling the playlist for the radio incarnation of his under-valued TV series ‘Jam’, we’d have found Barrymore in the pool instead.

And this whole gush before I even touch on lyrical content… and I won’t. I can’t, frankly. A few garbled lines would pale to our protagonist’s mind; they simply will not do. Here are some snippets, then;

Dead children in another country were to blame for the riots at the petrol station. Another three pence on super-unleaded. They spared the Costa machine.

But there’s love inside these four walls yet. I weaned the television set. I suckled the carpet. I breastfed the walls. I licked up the birth sacs and hash-tagged it all.

We layered the acetate printouts of our DNA. Vetted the patterns and popped champagne and start Googling the baby names.

The children stand around the bedside with foundation diplomas in love. One eye on current house prices. One hand nice and safe on the plug.

I am bland. I am brand. I am mud. Asbestos in my fillings. Balsamic in my blood. Jamie Oliver paellas in front of Dancing on Ice blinking burning baby starlings from the corners of our eyes.

I’ll sit flicking through my iPhone ’til I choke on my friends. I’ll welcome every single freckle: I’ll bless you to bloom. Help yourself to my lymphocytes and memories too.

Disenchanted by life’s latest apps, bargain buckets and end-of-season lines? Rendered pig-sick by those around you? Solace awaits. Easily one of the most challenging and rewarding records in my collection, make it yours for next to no money before they’re all gone.