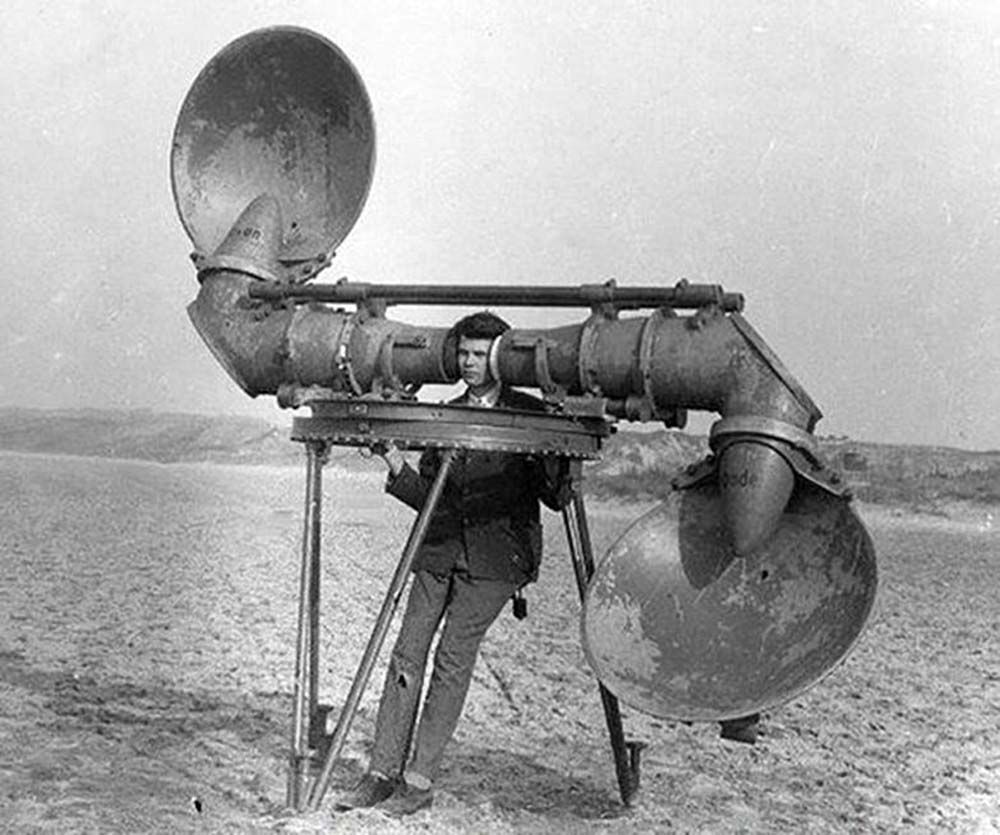 Some good old fashioned fun (remember that?) from Bristol troika Last Hyena, this one a fine taster for their first LP How Soon is Mars? – only 200 copies of which will be available for the postie come April 16th. Nestling neatly between Delta Sleep‘s invention and Beggars Biffy‘s drop D thump (via a cheeky nod to Wayne’s World), ‘Doctorpus’ twists and turns, wrapping around you before darting from reach just a soon as you think you’ve grasped the slippery bugger.

Both I Remember The Future and the self-titled EP before it were brimming with ambition, but there’s a refinement to this latest release that indicates the album will be their strongest offering yet. You can pre-order a copy now and, if the festival Gods deign to afford us Arctangent this year, you can wiggle along to its offbeats this summer. 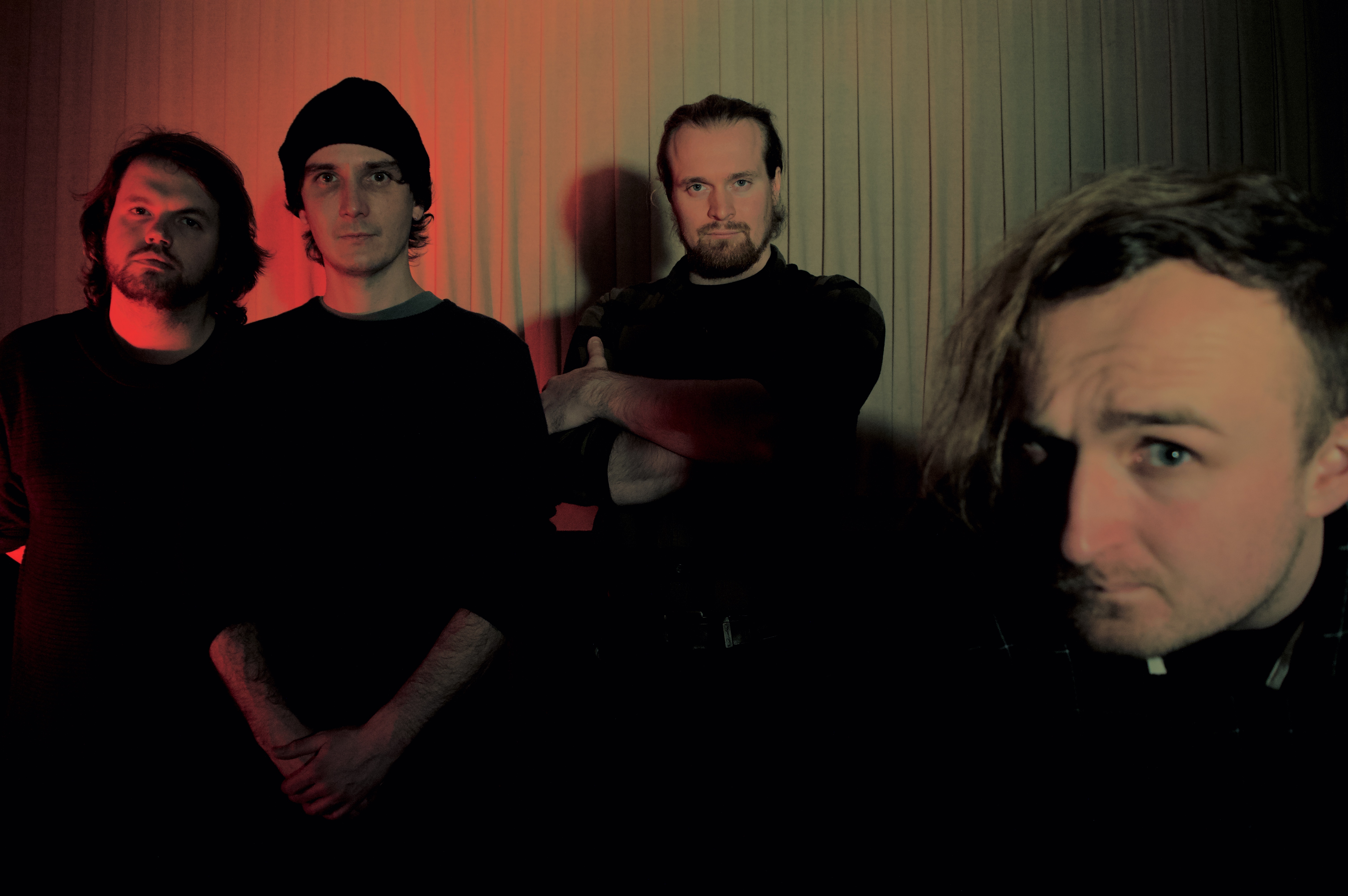 A thwack round the jowls from ‘decidedly average’ Sugar Horse, and really the last encouragement you should need to pick up the enhanced repress of DRUJ on wax this month. They scratch two itches for me – offering an atomic boom the likes of which Sloath would heed, and the shimmering hark I used to adore This Et Al for. Furthermore, I swear that’s Geoff Rickly on the last third of Richard Branson in The Sky With Diamonds ain’t it?

Slam Dancing in a Buring Building draws from Wilfred Owen’s Anthem For Doomed Youth – published a century ago but no less pertinent today – to explore some of the themes closest to my heart, namely greed, violence, and the inherent darkness of man. Ashley Tubb, whose vocal grit is around the consistency of sizzling bacon, explains:

“The track is about humanity’s constant need for more. Everyone and everything must always grow to be on a bigger, grander scale. Whether it be hoarding wealth, building the biggest gun or the constant need for weaponry that can kill more people at once… No one ever seems to think they have enough.”

Sugar Horse have set out to break away from emerging trends and ornamentation to instead forge a path of their own, and they should be commended all the more for it. They hit hard yes, but with a tactical, sometimes surgical, nous that speaks to the deep consideration they give their craft.

“There was a lot of emphasis on having a pacey, driving and technical sound [in Bristol]… We wanted to do the opposite; make everything simple and slow everything down. I think the best art is formed when it’s creators enforce rigid rules on themselves. Mondrian had geometry, Mark E Smith had his hatred for cigarette taxation and we have a complete disregard for urgency.”

The video to accompany this release was not shot following the rules of Dogme, but it does rotate 360 degrees using some form of occultism which is just as swell. 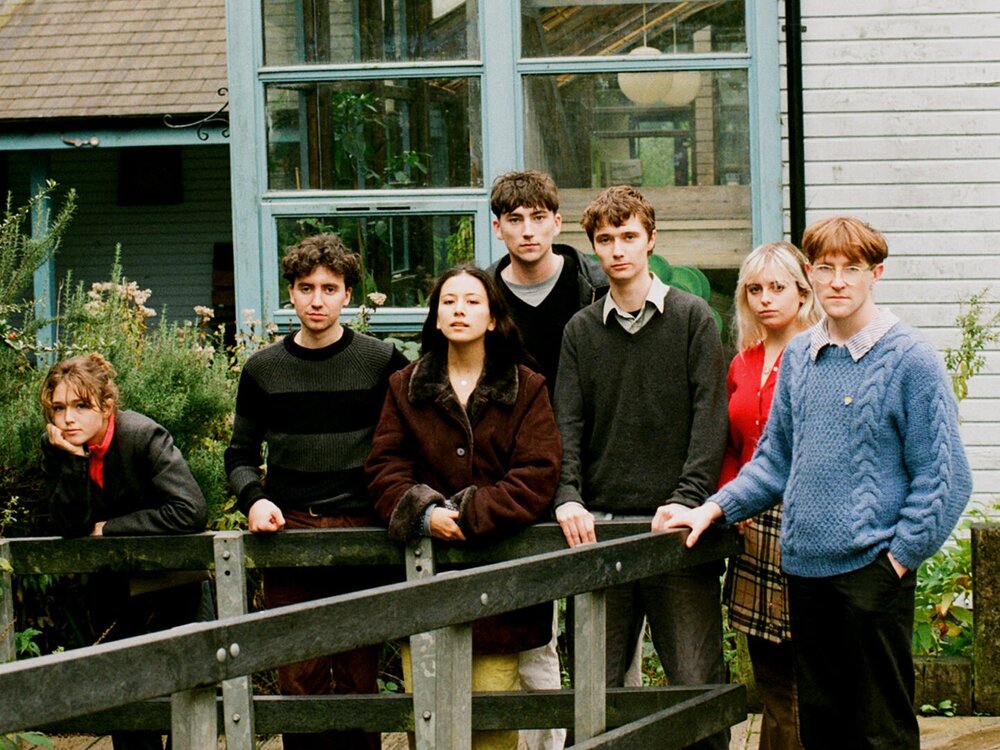 No, this is not the best band in the entire world. And no, this is not the album of the year, released five weeks in – though you’d be forgiven for thinking it so given the feverish shrieks permeating the echo chambers. That said, a band that is able to unify the opinion of both The Quietus and The Sun is a worthy eyebrow raiser, and to be fair to all concerned the plaudits here are merited.

For The First Time is, somewhat ironically, a collection of studio takes of material honed at pyretic live shows during 2019, but it manages to capture the band’s essence justly for bedroom playback. The forty minutes ache with a candid beauty (this record made me cry for the first time in I don’t know how long) and entice through the sheer nonchalance of the mastery on display and yes, it is indeed a revitalising and an often giddying listen. Lyrics are lashed with paranoia and poise, instrumentation at one moment a whirlpool and the next an awakening: this is what music can be and it’s good to be reminded.

But a humble side note to editors – it is also possible to talk about this band without mentioning Black Midi (fuck!), Slint (fuck!), and The Windmill (fuck! fuck! fuck!). 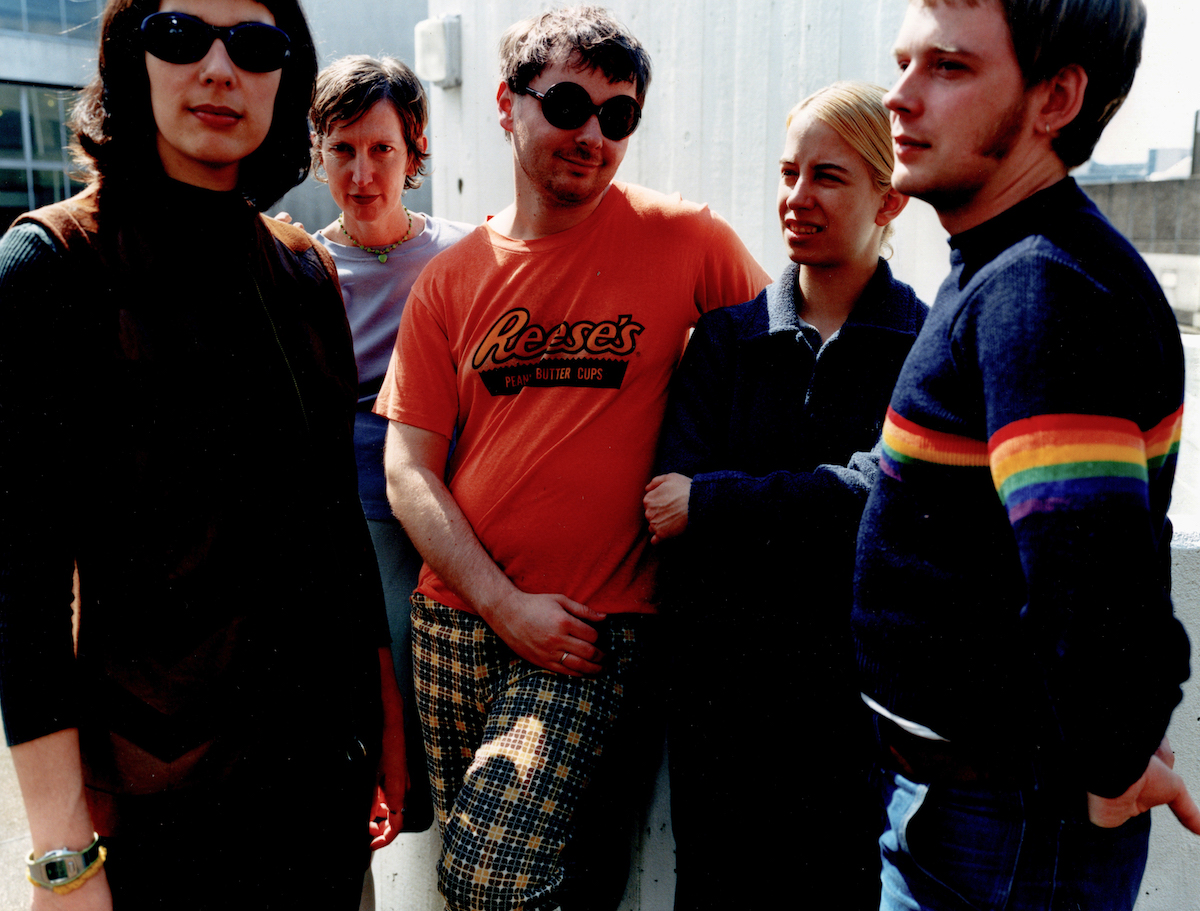 The fourth instalment in Stereolab’s memorabeli-a-thon Electrically Possessed contains a track that’s comparatively nu-skool in the context of their cannon, first appearing as it did on their fifth EP two decades ago. Though it’s not quite as you’ll remember it – this version of Household Names has been restitched from those master tapes created at the turn of the millennium, and will be released alongside a collection of must-have rarities for die hard fans (and those hoping to get up to speed) at the end of the month.

Recorded during a fortnight’s hiatus from touring Cobra and Phases Group, Household Names (working title Dicky Bows at Dawn in reference to its cabaret wedding band sound) was written in a day and recorded straight to tape at Blackwing Studios. It speaks to the pop-ier side of the group, says founding member Tim Gane, and was ‘played pretty much as a band and – unlike the previous two LPs – we didn’t use any computers.’

You can get the crème de la crème gatefold from WARP here, plus a tea towel and four mugs directly from the band for £100 here. Future editions of the Electrically Possessed series may be harder to come by, however; you’ll want to sign up for a lottery here to be in with a chance of securing a personalised with copy your name on.

New Refreshers business always offers cause for rejoice, it is a constant in an otherwise chaotic age and as such is one of the few things I will commit to buying before listening. Now that I’ve paid and replayed, it’s a given that the faith was rewarded; this latest cut of Luke Blair (aka Lukid)’s jungalist adventures is bang on previous peaks.

Leader Way U Smile offers a sugary blast of nostalgia spliced with sly amens – the kind we’ve come to expect but are no less beholden for – before Do U Remember wears its ragga roots loudest and proudest. Bells & Whistles is then silvery smooth, a genuine experience, while the dovish closer concludes a 20 minute masterclass in exactly how attuned this producer is to his wares.

Blair’s rework of S.M.F’s How Many Ways was last year’s feel good hit for the summer® (alongside the repress of Ahmad Fakroun’s Ya Farhy Beek, obviously) and managed to raise a few grand for the Stephen Lawrence Charitable Trust in the process. Rinse and repeat below, then jump on the latest wax before it’s too late.

Toby’s a chameleon. Whether through the unvarnished vitality of Meet Me In St.Louis, Eugene Quell‘s post-Americana poise, or pickled between the stomps of assorted fuzz pedals in Love Among The Mannequins, he has habitually delivered moments of splendour with a most casual ease. More admirably, he has evolved as a craftsman throughout this sonic journey, one which has led him to perhaps his finest guise, Laundromat, today.

The first thing you will notice of Laundromat is just how fucking irresistible the production of these home-recorded tracks is – listen, and you can hear the glow of the tubes in those amps! But do not mistake this for a stumbled upon lo-fi naivety; it is instead a pure distillation of the nth year on the road/in the gutter/atop the world, and boy does it intoxicate.

“I kinda hear it like a St. Vincent song or something like that. Some tongue in cheek (but not) apocalyptic-pop” he says of ‘Flat Planet’, the first taste of a new EP available through Brace Yourself on April 23rd. “[It’s] an eye-roll pointed right back at us dumb humans.”

The last two releases flew off whatever the online equivalent of shelves now is, and can’t be bartered for even in the shadier parts of town. So do yourself a favour and pick up the last release in this trilogy – Red – before it vanishes on you too.

METZ are one of the first bands I’m seeing live when this shit finally blows over, no question. They are a colossal and contorted force – a rattlesnake razing skyscrapers for kicks – and four albums in there’s a sense that they’re really hitting their stride.

‘Sugar Pill’ is the seventh (!) single from last year’s superb ‘Atlas Vending’ LP, an assured release which elevated their trademark bludgeonings into a refined territory that, somehow, hits twice as hard and bruises an altogether deeper purple.

“Our goal is to remain in flux, to grow in a natural and gradual way. We’ve always been wary to not overthink or intellectualise the music we love but also not satisfied until we’ve accomplished something that pushes us forward”, says vocalist Alex Edwards of the record.

There’s no physical release for this single – a personal favourite from the LP – but check out this neat homage to the insubordinate culture of skateboarding, shot by Shayne Ehman.