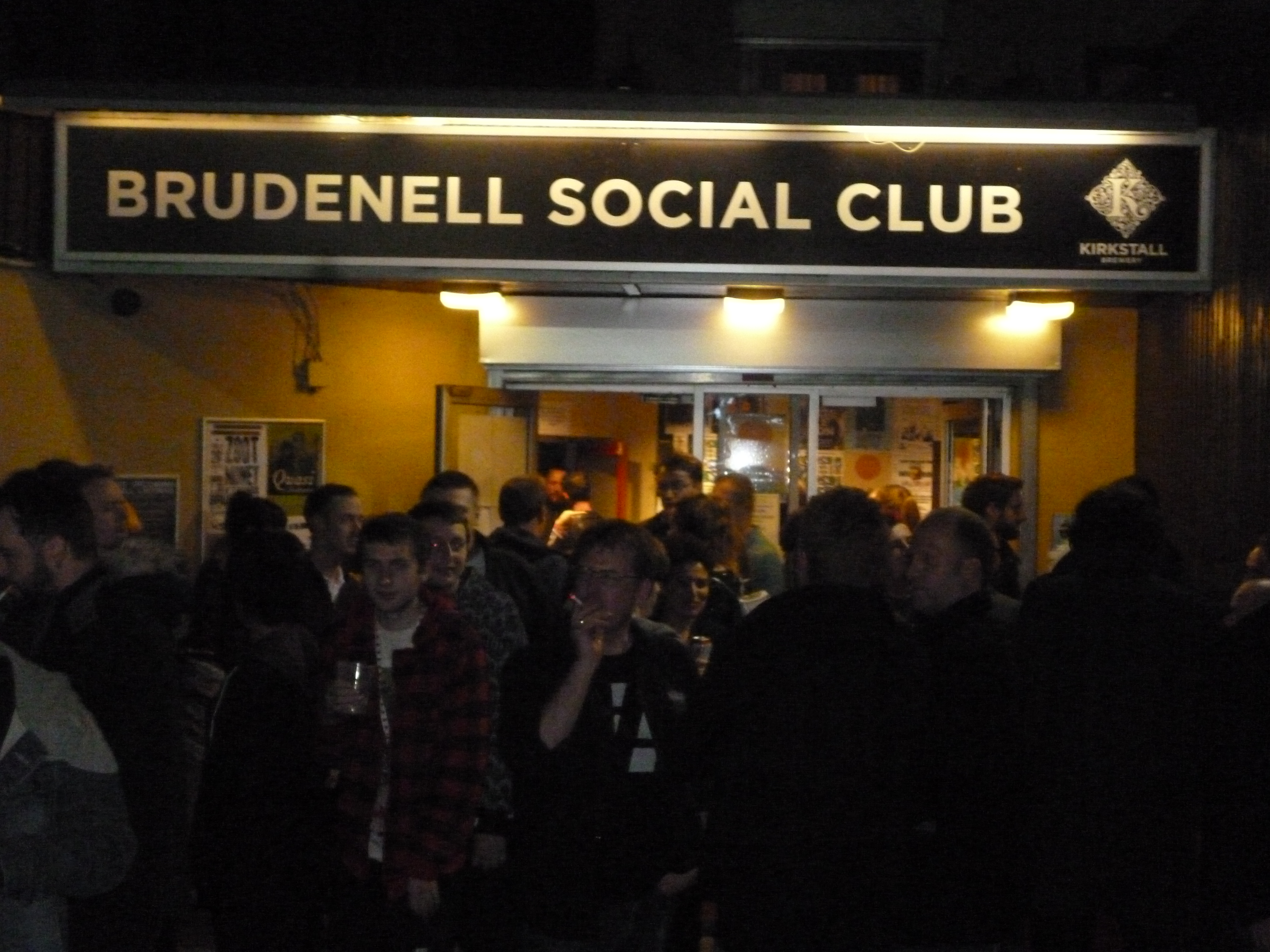 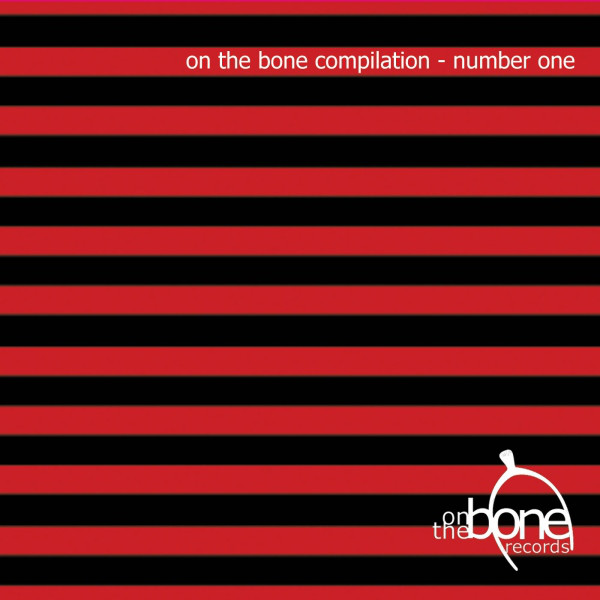 Home: where the heart is, and where the local Wetherspoon is heartless. Where each wall echoes memories of the misspent youth between your first larger and first chipped tooth.

Tonight was all about returning home, triumphantly so, for eight children of the city; two bands who in their own way have shaped a community fond from the memories of recent times past. Tonight was all about reliving those days, for one night only, in a social club just outside of Leeds’ city centre. The Brudenell, a place to call home.

The venue is celebrating its centenary, with every flaking wall, pulled pint and carpet stain voicing palpable tales of some 36,500 nights enjoyed within its sanctuary. Built in 1913, were its locale elsewhere it would have undoubtedly been torn from its roots and replaced by an unrepentant supermarket. Fortunately, and rather fittingly, it’s located in the western Hyde Park area of Leeds, where the terraces are populated predominantly by students. This stream of perpetual youth so close to its doors has, in part, helped the venue to maintain its own. However, more than this (and nurtured by the ethos of proprietor Nathan Clark) it is the live music housed here over the years that has ensured the Brudenell’s immortality.

Pub quiz contestants would be quick to note Alt-J, the Kaiser Chiefs, Soft Cell and Chumbawamba among the city’s alumni, however, as is often the case, if you dig a little deeper you’ll find where the cookie’s crumbled. Germinators of a resurging ‘postrock’ movement include the likes of Pulled Apart By Horses, iLIKETRAiNS, Grammatics, Sky Larkin, Yes Boss, That Fucking Tank and Vessels (Leeds’ indie scene of recent years also spawned The Cribs, Pigeon Detectives, and Hadouken!), although almost all of the aforementioned would smile at the mere utterance of the two groups billed tonight.

Five years after calling time on six years’ worth of releases, tours, and miscellaneous hard slog, both Forward Russia (stylised, iconically; ¡FФЯWДЯD, RUSSIД!) and This Et Al find themselves in a rehearsal studio once again. They have been hoisted out of an early retirement to appear live for one last time – at the Brudenell – and boy do they want it.

This Et Al’s hour-long set, blinking by in a second, is one of the greatest I’ve had the good fortune to witness. They lay their cards down early; the majesty of the opening track from their sole LP (‘Baby Machine’) ‘The Lovliest Alarm’ sends a rush through the crowd from its opening bleats to the resounding call to arms of its bullish final bars. Then to brass tacks, dropping their landmark single ‘Sabbatical’ in favour of its gloriously brutal B-Side ‘Solemn as My Rifle’ in a moment to truly cherish. Decorum is then maintained in the likes of ‘He Shoots Presidents’, ‘You’ve Driven For Miles (And Not Remembered A Thing)’, and ‘Catscan’, while the inclusion of rarities such as ‘Mother Was A Vulture’ and ‘All You’ll Ever Be is A Dancer’ provides the icing on the proverbial.

The lack of bells and whistles – pyrotechnics and twerks – means the band can get to the core of their music; the beautiful crunch of distorted guitars and the whirring of whimsical delay, the tightest of percussive sections, and the vocals, oh the vocals! They lay their soul bare for all, and with every fading note of each tactfully selected track in tonight’s set is the dawning realisation that it will never be heard live again; that this will never happen again.

Counting myself as an avid admirer of This Et Al during their years both active and absent (although, with regard to the latter, ne’er too far from my stereo) I never found much grounding in the vagueness of their name. Tonight, however, with this sonorous sense of unity in the epicentre of Leeds’ musical heartland, this, and others, defined ‘home’.

But before having to leave the glow of this genuine warmth to scout out the prosthetic heat of a modestly priced Hotel Ibis in the regenerated centre, another comforter – in the form of Forward Russia – step to the fold.

As the briefest of asides, to further illustrate their ties to their surroundings, the band’s label Dance To The Radio has, at times, been more instrumental in supporting new music than their own, erm, instrumentation. DTTR raised eyebrows nationally with the Pigeon Detective’s number three album ‘Wait For Me’, however, it is the harbour of their annual compilations and a stage at the Goliath Leeds Festival that sends ripples through every young band from LS1 to LS29.

After titling the tracks on their debut album ‘Give Me a Wall’ (and preceding demos) with numbers only, I’d forgotten how pauses in Forward Russia’s set can sometimes make you feel like you’re in a bingo hall, with devotees’ requests echoing in the equations of Whisker’s faux math-rock. One thing that is less easy to lose sight of is the indelible size of the sound they create; a schizophrenic, calculated dissonance that encompasses the room and enthralls the listener heartily. Tonight it’s magnificent and in parts omnipotent.

This evening was a celebration of a venue, its people, its ethos and its essence; everything other than bricks and mortar. Something to savour and to carry into the coming years. 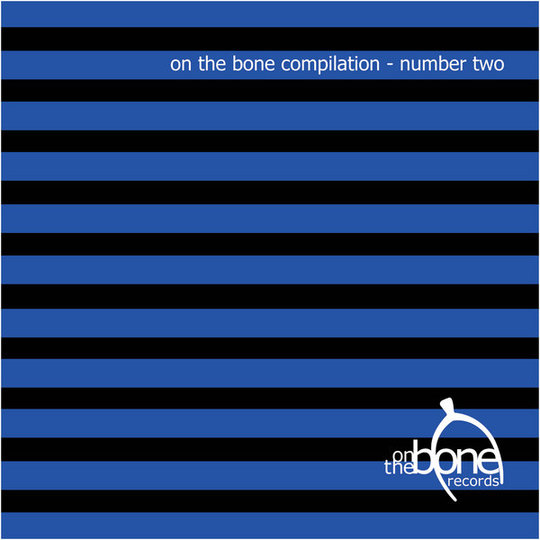 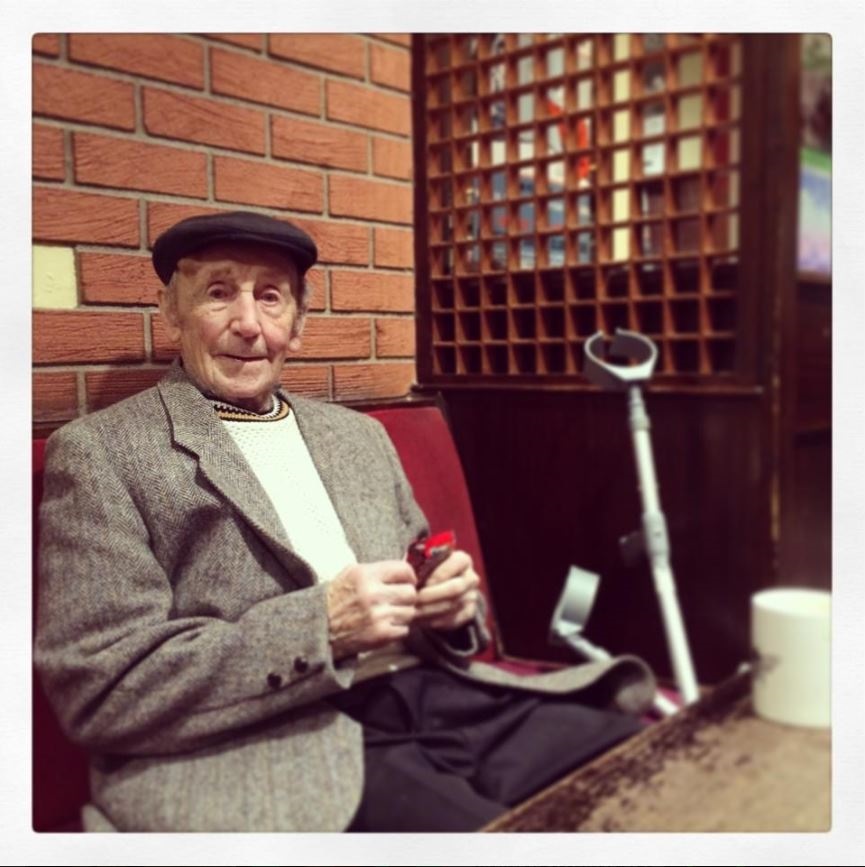 ‘This is Stan Peackock… He is 94, and has been coming to the Brudenell over 70yrs. For the last few years he’s struggled on, kept independent, and kept coming out. He’s losing track of the time of day, and turned up tonight at 10:40pm. We always ensure he gets his tea and kit-kat, tonight is no different. Despite a gig in the other room, students, and usual drinkers, Stan just sits among them and enjoys life. A real inspiration. This is why the Brudenell is like no other place, and I’m proud to still have Stan and others like him still coming here. Let’s keep on as we were!‘ 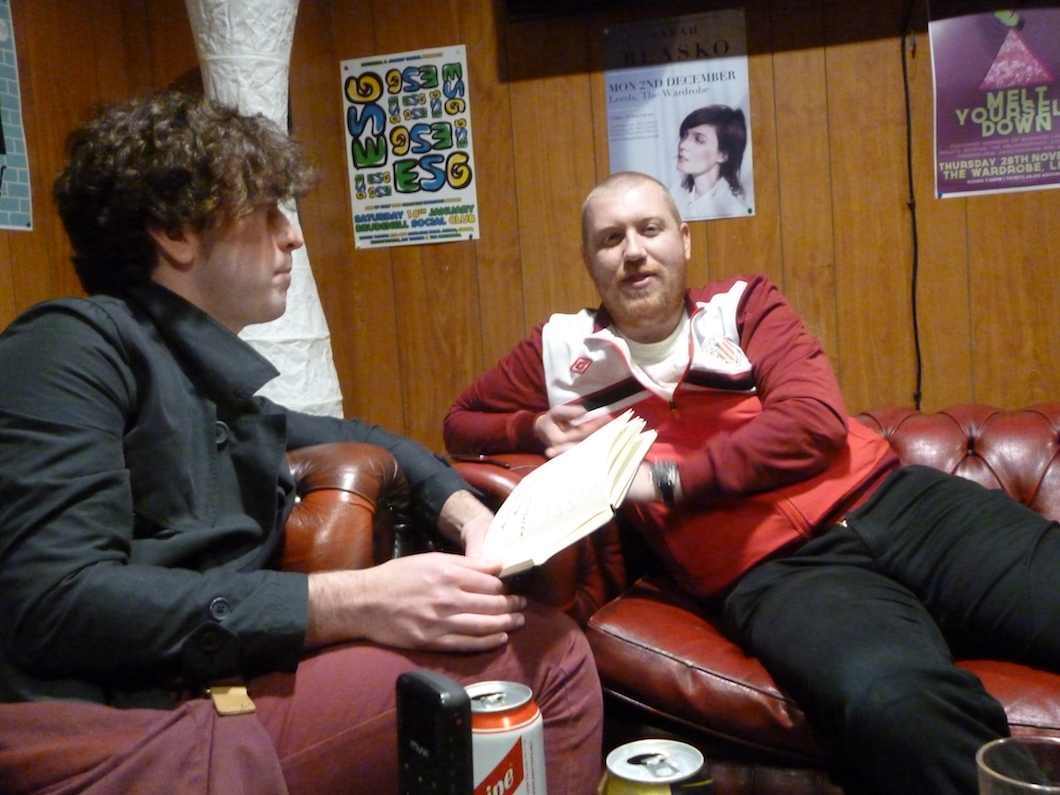 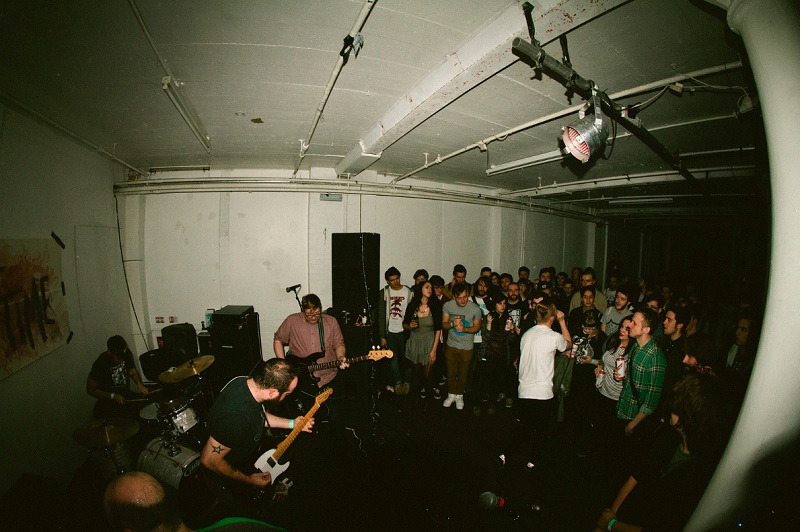 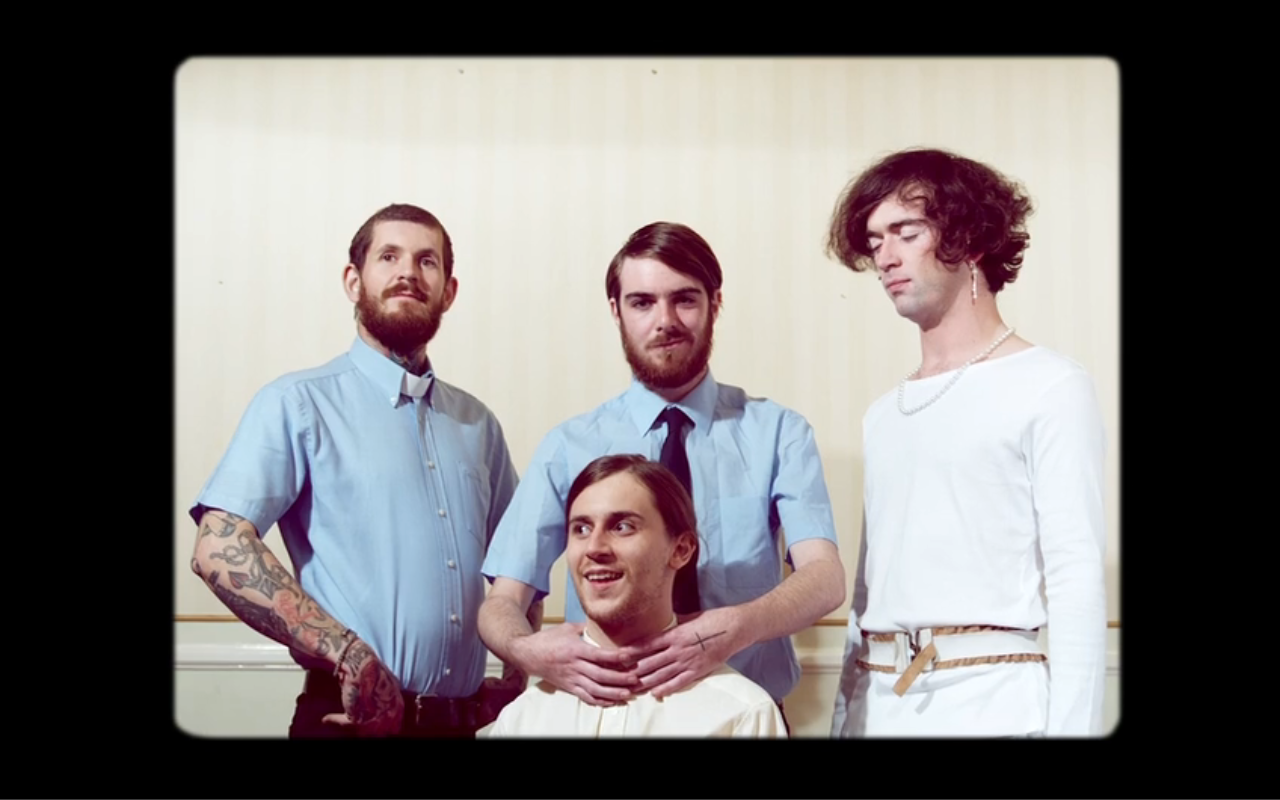