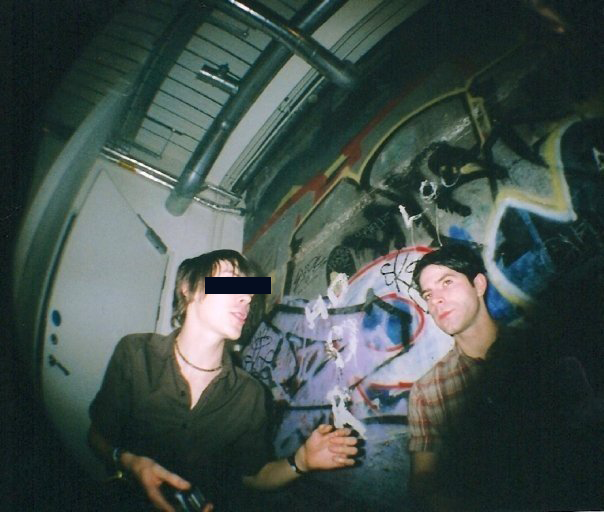 The following was hastily transcribed from my dictaphone after the band’s new year’s eve nme show at Westbourne Studios and only a few quotes were used in the end (as part of a ‘bands to watch’ list for that year, which never ran, obviously).

“For example, the step from Try Harder Records, which was essentially a label run by a good group of mates, to Transgressive was weird in the sense that we were all at university, so it gave us a decent reason to drop out.”

Yannis: We were surprised by the early success of the band, and how quickly everything seemed to happen. A lot of good bands make a lot of good music – even the bands who we grew up with and who we draw our influences from never, in our opinion, got the kind of recognition they deserve. When the bands around us started being offered deals, we always hoped that could happen, at best, for us. There are a lot of ‘forgotten’ good bands.‘

A year and a half previously, Foals were fronted by Andrew Mears, who disbanded from the project amicably to focus his creative efforts on Youthmovies, Foals’ Oxford brethren. Yannis, now vocalist, describes the change as ‘embryonic’.

Y: ‘The band had only played a handful of shows before I was asked to join, so really there was more a sense of a ‘new band’, as opposed to one which had already been established, not in a bad way. Given that, I think the two words to describe my feelings towards our progress would be, ‘pretty good’. For example, the step from Try Harder Records, which was essentially a label run by a good group of mates, to Transgressive was weird in the sense that we were all at university, so it gave us a decent reason to drop out.‘

“I think we’ll make better albums, in fact I think over time we’ll look back on this as our worst”

Y: ‘We’re trying to create something with a bit more heart to it. I hope people will respect our band for what it is; a journey, so as to say our music will change and progress and people will embrace us more for that as opposed to getting pissed off about ‘Hummer’ not being on the album.

Recorded with David Sitek at the helm (mastermind of the production behind Yeah Yeah Yeahs seminal ‘Fever To Tell’, and more widely recognised for his musical exploits with TV in The Radio), ‘Antidotes‘ has already been touted as a heavy-weight in this year’s shining album shortlist. That said, there are suggestions that the band were unhappy with the finished product overall.

Y: ‘We’re really pleased with how the album turned out, but it was hard work. We’re never going to be completely happy, but we hope people will enjoy it. I think we’ll make better albums, in fact I think overtime we’ll look back on this as our worst! But we are really happy with it, and i think under the circumstances it was the best we could have done.‘