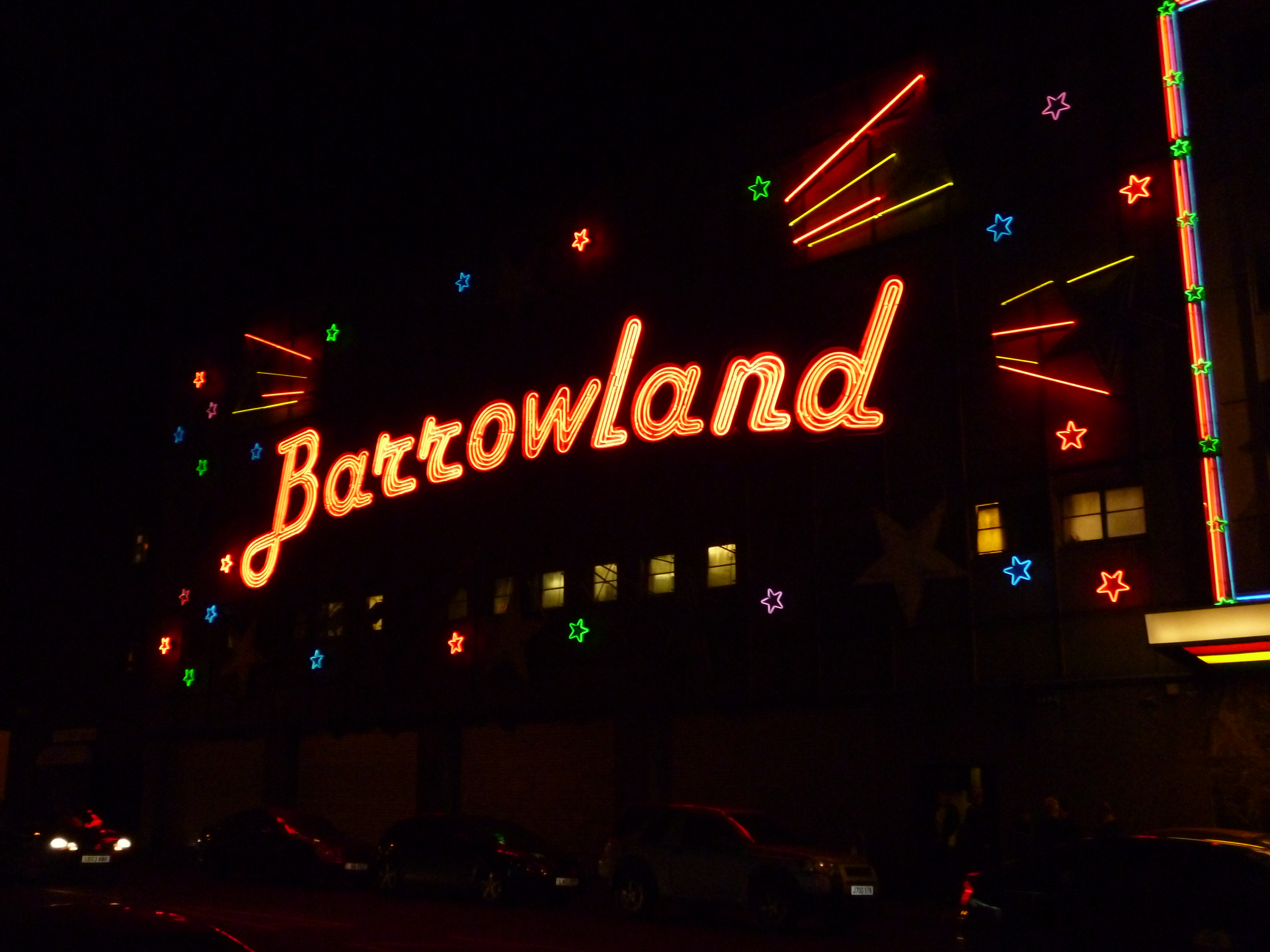 To extended members of the Biffy Clyro family, their gig trilogy last weekend was essentially as epic as the Second Coming. Or Treble Coming.

Fans have been waiting since August ticket sales to watch the Scottish trio play three consecutive nights in Glasgow, attacking their entire back catalogue for a 2,000-strong army (compared to their usual 10K arena lure).

Before even gracing the infamous Barrowlands, Biffy obsessives speckle the Ryanair boarding queue at Stansted, branded cult members in T-shirts imprinted with the idols they’ll never grow out of.

The bubbling excitement of landing on weegie soil continues to effervesce, patience tested waiting until doors swing open, fizzing with the energy of a Berocca frothing in a thimble of Prosecco.

It feels rude not to utilise precious boozing time, so we embark on a four-hour pub crawl of local haunts to lubricate pre-mosh pit; Sailor Jerrys at Nice N Sleazy, Jägerbomb at King Tut’s, MD 20/20 in Le Taxi En Route.

A well-behaved line snakes around the building, Biffy old skool grown up. Dates of first sightings drop casually into conversation, a not-so-subtle competition to crown the most devout; ‘that time I saw them in 2005’, ‘when Simon gave me that cake’, ‘I knew them before they came out the womb’. 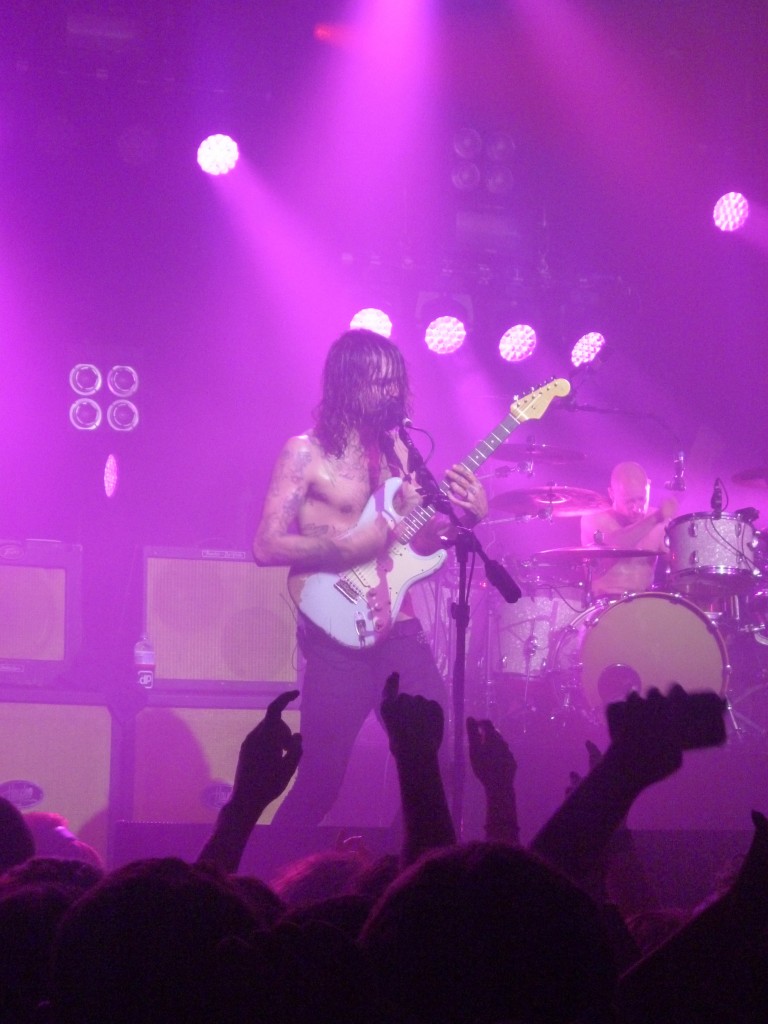 But once inside, gloats are quashed by the pepperings of magic even before Simon, Ben and James fireball into view.

Lyrics etched onto the stairs (fans literally climbing their discography ladder to witness where they are today, in a nod to King Tut’s up the road), limited edition posters, stripped back staging, discontinued hoodies bobbing on bodies. And then, then, the opening chords of Joy.Discovery.Invention.

Being transported back to the Blackened Sky era, an album that helped articulate angst of the lost years, it’s nanoseconds before tears spring.

I melt into Mad Dog sludge; the nostalgia both a hug and a thwack. Over a decade later and their magnetism is still as hypnotic.

As Biffy horsewhip into Living Is a Problem, the floor pulsating with the crowd, the dream team energy pogos into Glastonbury grandeur in the eye of a needle.

By 27, I am positively bawling (maybe I didn’t need that seventh White Russian), a poignant thrash marking the soundtrack of a transitional point in my life, as with many of their songs possessed by a Jekyll and Hyde of tenderness and bleakness.

All this amplified as they stay rooted in the past with Time As An Imploding Unit/Waiting For Green – not played live since 2004.

A shockwave of 57, The Go-Slow, Convex Concave and Asexual Meat Kitchen have me streaming like the River Clyde, a frenzied yin yang of fury versus fragility matching that of yesteryear: The Venue, Edinburgh, 2003 (showing-off, sorry!) 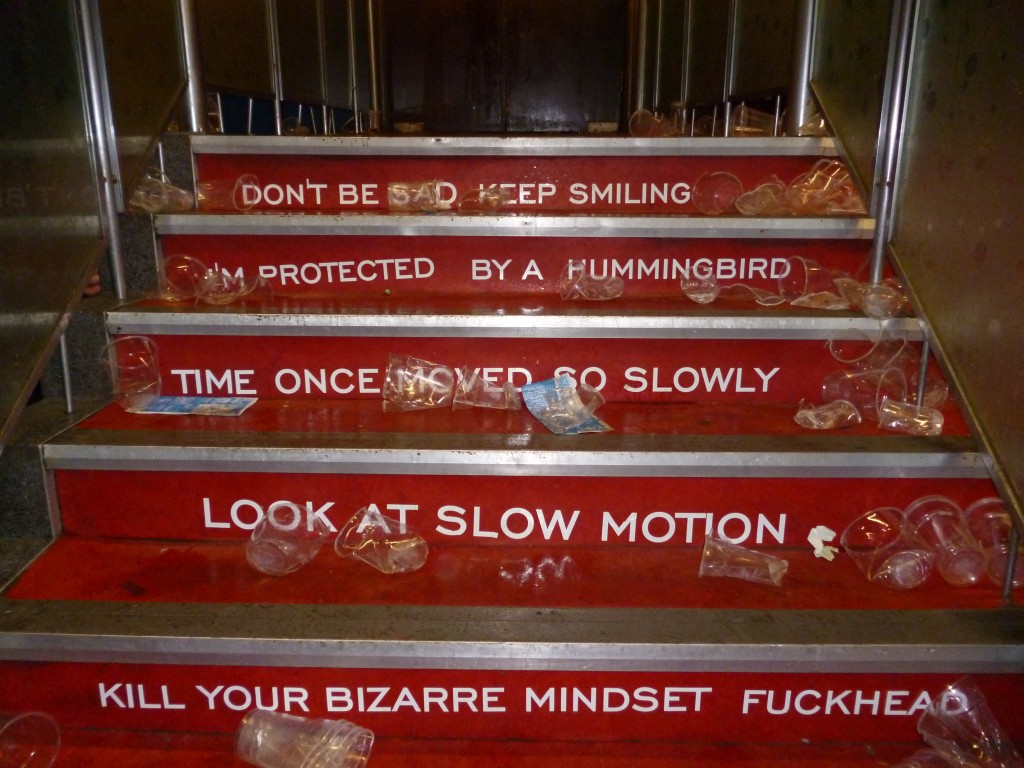 Lighting up the Barras with enough electricity to keep Sauchiehall Street’s Christmas lights flickering all year round, Semi Mental delivers a delicious dose of poptastic unified bouncing, before sign-off monster Kill the Old, Torture Their Young.

It’s mass relief as they return for an encore, Hope For An Angel exposing a human rawness; behind the beards, rock god status and beads of perspiration catapulting into the front row.

The final nod to their debut, Biffy bid farewell with Stress On The Sky and Scary Mary – song tally now 30 – a monumental salute to the backbone which has sculpted them into who they are today.

We loiter long after the lights go up, clinging to their sweaty coattails that have vanished into the dressing room, riding the calm after the blockbuster wave.

Attempts to hit The Cathouse are overshadowed by the majestic throwback to pre-Warner records, also soured by a throng that look younger than the baby I don’t have and Nickelback blaring from the amps (wasn’t it all Criminal Damage jeans and Raging Speedhorn during my uni days?!)

An early exit, it’s back to the Travelodge den, armed with king rib supper, to revel in the witchcraft of what just happened.

Ready for round two the next night.

I haven’t written this yet, sorry. 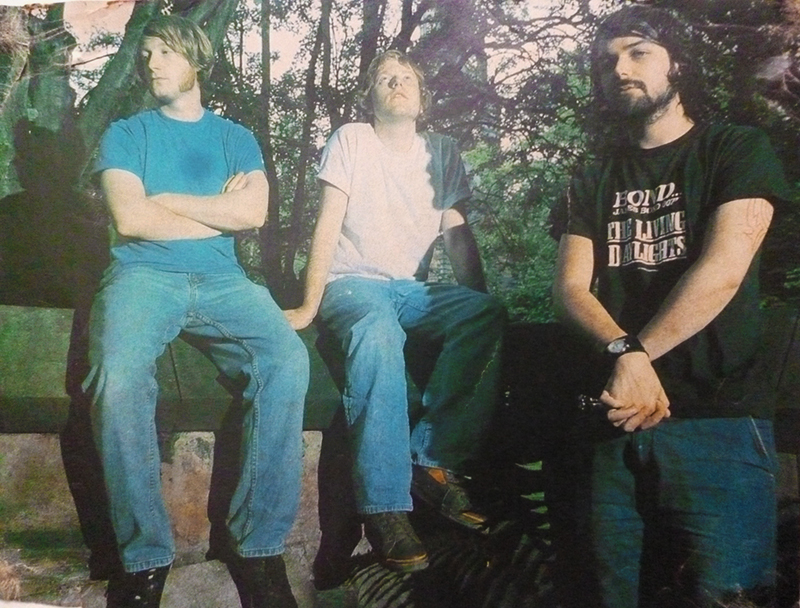