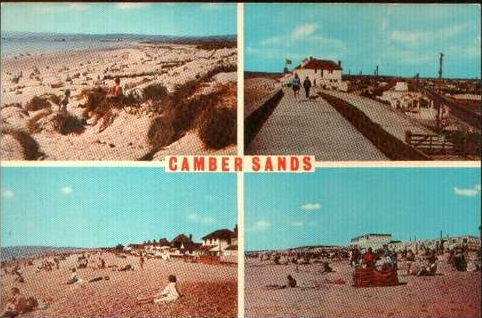 Camber: a testimony to the ’60s resort life, booming in its prime alongside the big-hitters of Blackpool, Brighton and Skegness. A city-slicker’s retreat for long weekends and pink chests, donkey rides and rock.

But fast forward to today and the decline of the industry (instigated by the ability to hop on a flight to Magaluf for the price of a 99) has left Camber as one of those forgotten villages. Not that the locals mind, happy as they are to continue life nested within their quiet slice of golden sands, largely unperturbed by the surrounding world bar a notable exception: when All Tomorrow’s Parties roll in.

The collective has been running these escapes since the turn of the century, collaborating with various curators as they go (including Mogwai, Yeah Yeah Yeahs, Portishead and Matt Groening). This year, the decision was made to couple up with America’s pioneering word-wizards Pitchfork, giving them full reign to roster acts from the other side of the pond while it was left to ATP to pluck the home grown talent. A special relationship indeed.

It’s also worthy of note that this year’s event is at a Pontins holiday resort, betwixt flaking paint and on-site pub (named the Queen Vic, naturally). The capacity is under half that of some of the previous festivals, which are hosted in a Butlins in Minehead (where red coats know no remorse).

This was my first experience of an ATP weekend, at the tender age of 19. Here’s me stumped by the stairs:

Chalet keys in pocket (not really… press entry guarantees you’ll be snatching sleep on floors for the next three nights, and rightly so), beer and timetable in hand, I got stuck in after being reliably informed that there were only two stages on site – downstairs and ‘the one up the octopus’. So I ascended the squid to catch around half an hour of The Vampire Weekend, a set which partially acted a warm up for their slot at Radio 1’s Big Bonanza™ the next day. They provided an eclectic yet accessible collection of urbane rock, with tracks such as ‘Oxford Comma’ offering an affable soundtrack to mirror the mood among the early risers.

I then saw Ween for the first time, but I didn’t really get it. I also wasn’t high at this point in the day, so who am I to really judge? But what followed was something completely different; sweating buckets in a cauldron of noise fans, packed in to glimpse Fuck Buttons tame fx distortion with children’s microphones.

The duo was a mind wrong of the just the right proportion – creating the kind of sound you’d expect of Jupiter as it spins from its axis and hurtles progressively into a giant shield of pocket radios (a defensive mechanism hastily dreamed up by the US military). The set was tactfully delivered, as distorting waves drew and crashed with repeating intensity until the pair left, and we all realised an hour had passed in no time at all.

A well-rounded opening day was then closed by festival welterweights Hot Chip, two of whom span records until the early hours amid a reflective air and some extremely questionable shapes on the floor… when I saw that trapezium I knew my time was up.

Bleary-eyed and sun-kissed, Saturday awoke to Brooklyn’s Yeasayer. In mathematical terms the band equal Pink Floyd plus the glamour of Queen to the square root of Billy Corgan’s voice-box (allowing for an acceptable margin of error).

Metador have always had a keen eye for the new wave, and one of those that stood out from their roster on this year’s spring sampler were Times New Viking (see what they did there?). Their lo-fi mantra intrigues the humble LP listener but recreating that charm live was a task, today at least. ‘This song’s for Heath Ledger if he’s in the crowd‘ a sweaty frame bellows from the drum kit, before conceding ‘we’re American, we have no taste‘.

I set to seek some grounding in the Welsh, namely the meek flock Los Campesinos!, who earnestly state that today’s set was ‘their Wembley’. And how they delivered, guitars rarely sounding spikier, vocals rarely as heart-felt, starry xylophones played at summer speed… awestruck by the occasion, they fumble to find words befitting of the event (they have this writer’s uncompromising empathy), but the love was felt innately. Personally, my summer started there.

Last year, Andrew Ferris wondered aloud ‘why do they never play Les Savy Fav on the radio? The only punk band left in America!’ All I can suggest is that merely hearing this band over the airwaves does little to compensate being unable to witness them live. On taking to the stage, ATP braced itself for a no-holds-barred display of bare-knuckle showmanship, safe in the knowledge that anything could happen over the course of the next hour. An hour later, of course, everything had.

Relentlessly charging through thirteen (fuck!) years of material, only occasionally pausing to pluck a fan from the crowd to seat onstage, or to climb a ladder, or to cartwheel, Les Savy Fav just didn’t let up. And the set concluded with a defining ATP moment – vocalist Tim Harrington dismantled the drum kit before leading the band off stage and out through the crowd in a Pied Piper fashion, a procession which continued around the site for a further half hour.

A picture-perfect day was once again sealed by a set from E4 darlings Hot Chip, shining through school disco smoke machines on a blistering furnace of a stage. With a narrow emphasis on this year’s big hitter ‘Made In The Dark‘, they rally through 90 minutes of tracks which are unmistakably familiar, before concluding with their own take on Sinead O’Conor’s tearjerker ‘Nothing Compares To You‘. It was an aptly disjointed note to close what had been another wondrous day.

We spend the majority of Sunday morning utilising that novelty of novelties for a UK festival – detoxing from the previous night’s escapades on a gorgeous stretch of beach. The final leg of the weekend had crept up swiftly on some, however, as a noticeable number had left mid-day with the reality of real life shifting from the back of the mind to the front.

I managed to last, albeit after chasing enough ibuprofen to sedate a small zebra, and made my way up the octopus to catch Of Montreal. And I’ll level with you, all I can really remember is a kaleidoscope of vibrant colours and chord sequences which were somehow forced to fit. But I also recall walking away with a smile on my face, so I reckon the two events are tightly linked.

Pioneering electronic trio Harmonia offered an equally disorientating encounter with an authentic Motorik experience some 30 years after its inception. Famed for an expansive catalgoue, alongside work with Brian Emo, or as a singular with Neu!, their minimal ambiance was welcomed warmly. I savoured as much as I could before conceding that my feet were itching for a harsher beat, and so I traveled the octopus for the last time to catch the final half of Caribou‘s set.

Fitting perhaps that it was a Canadian collective who had the final say of the weekend, their sound whirring around like a dreidel on meth, much to the delight all who had stayed to witness the event’s close. Much dancing was done, many more drinks consumed, and before we all knew it the sun was rising on a new working week.

Of the people I spoke to over the course of the weekend, many were attending ATP for an average of three consecutive years. I’d gone into this a virgin, but by the close I completely understood the sentiment. There’s something genuinely reassuring in the knowledge that a community like this can thrive, organically, born purely from a love of music and the mantra that it should be for all. I hope these weekends continue to act as the start of the summer for those looking for the right balance of innovation, discovery and smile-induced face ache, a blend which ATP currently has nailed. 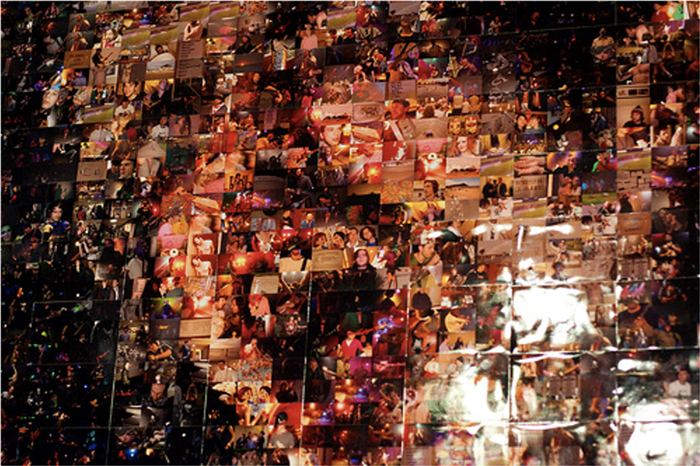